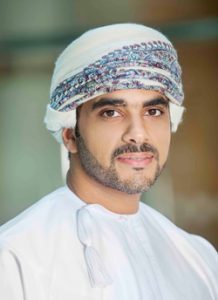 Muscat, October 6th, 2013 – The Public Authority for Investment Promotion and Export Development (Ithraa) represented Oman at the Economic Freedom of the World Conference in Tbilisi, Georgia.

The conference follows the recently released report that ranked Oman the 26th most economically free country in the world, according to the 2013 Economic Freedom of the World Report from Canadian think-tank, the Fraser Institute.

The Omani delegation was headed by HH Sayyid Faisal bin Turki Al Said and conference discussions focused on a range of issues related to economic freedom and highlighted the quickly changing international trade and investment landscape particularly with regard to Emerging-to-Emerging (E2E) markets.

Experts from around the world offered insights on how to raise performance in categories that rate economic freedom such as size of government, regulation, access to sound money and freedom to trade internationally.

Discussions also touched on trade and investment levels with emerging economies and the growth in private consumption. Research suggests that E2E trade, referring to trade between countries with evolving markets, will surpass trade between developed countries by the end of 2013.

Commenting on the conference, HH Sayyid Faisal said: “Over the next twenty years, the number of people considered to be in the global middle class is projected to more than double, from 430 million in 2000 to 1.2 billion by 2030, that’s 16 per cent of the world’s population. Most of these new entrants will come from India and China. Indeed, the World Bank predicts that by 2030, 93 per cent of the global middle class will be from developing countries, up from 56 per cent in 2000. This trend offers Omani exporters tremendous opportunities. Geographically, we’re strategically placed to take advantage of private consumption growth in Asia and Africa. Moreover, we manufacture goods in a range of sectors that are increasingly in demand internationally. This is an exciting time for the Sultanate’s manufacturing community and the Ithraa team is always available to advise and support local firms that are keen to export or increase their export activities.”

Oman to host economic freedom of The Arab World Conference 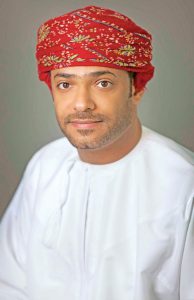 Organized by the International Research Foundation, the Fraser Institute, and the Friedrich Naumann Foundation for Liberty, the conference invites experts in the fields of economic freedom and market reform to join entrepreneurs and senior members of free market economic think tanks in the Arab world.

The conference will discuss the findings of the EFAW 2013 report in depth and examine the relationship between economic creativity and development, by focusing on the implications of government policies on the creative sector in Arab countries and their impact on economic growth. Several successful business case studies will be presented by creative entrepreneurs covering the challenges and opportunities they faced.

“Hosting this conference in the Sultanate will provide decision makers as well as public and private sector pioneers access to some of the world’s leading economic minds as they examine the findings of the EFAW 2013 report,” said Azzan Al Busaidi, Ithraa’s Director General of Planning and Studies.

“2013 saw Oman ranked the 26th most economically free country in the world by Economic Freedom of the World Report and 33rd most competitive in the world according to the Global Competitiveness Report released by the World Economic Forum (WEF). Although the Sultanate’s has made significant progress towards its long-term goal of becoming an innovative-based economy, there is always room for improvement and we are looking for this conference to shed light on these growth drivers.”